Joseph Smith: An extraordinary man, ahead of his time.

The founder of Mormonism, if not the Prophet, is a hero, inspired by God.


Procer: From Latin procer is an adjective that allows pointing out the high, high or eminent. As a noun, is a distinguished hero, courageous and high dignity who contributed to the enhancement, or release, of their community? 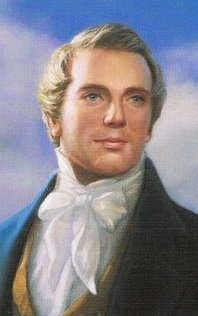 Regardless of tales , stories , gossip and inventions , real or imagined , attributed to the Prophet Joseph Smith, objectively , has been a character , which I have admired since I learned his name , following my conversion to the Church of Jesus Christ of Latter-day Saints in October 1983 .

Apart from the idealization , its spectacular temples , rituals , doctrines, etc. .

Founder - sponsor of the cities , "autonomous " and " theocratic " Kirtland , Far West ( 1831 ) and Nauvoo ( 1839 ) , with its own government , administration, budget, laws and military. Founded on Christian doctrines and distinctly Mormon inhabitants.

In an era in which the concept of " independent city " was unknown, and now 150 years later, is a "novelty " as draft " independent cities " of Honduras or " city- state" of Singapore Monaco, San Marino.

As a " theocratic cities ," probably the first of the modern and contemporary history , 100 years ago , of the Lateran Pacts of 1929, which gave rise to the Vatican City.

Translator and compiler of the Book of Mormon , Pearl of Great Price, Doctrine and Covenants . Author : Teachings of the Prophet .

The first sacred books , almost 2000 years after the Bible, Koran, Torah , Popol Vuh , among others , who were the recognized and accepted at the time.

Humanist , first antislavery and persecuted political prisoner and killed U.S. : It was the first in his time to speak out against slavery , to promote equality between men and human rights.

Promising , should be President of the United States, abolishing slavery , and establish " theocracy " where everyone would be " equal before God "

Why was brutal and cowardly murdered by henchmen , as he put prison for political reasons ( accused of sedition against the United States ), the June 27, 1844 .

Most likely, Joseph Smith was the first religious, in modern times , persecuted, imprisoned and killed for political reasons , 129 years before the perpetrated against the Rev. Martin Luther King and 136 years earlier, made ​​against Monsignor Oscar Arnulfo Romero.

Mormonism is , MOST POWERFUL WORLD religious organization .
As evidenced by the thousands of shrines, temples , institutes , universities , offices and facilities scattered throughout the world .

The influence and economic , social and political control over the states of Utah, Nevada, Wyoming, Colorado, Oregon, New Mexico , California and Arizona ...HALF OF U.S. !

If these achievements, include , which were designed , inspired and executed, IN PERIOD OF 15 YEARS , since the founding of Mormonism in 1829 , to the murder of Smith in 1844.

Achievements made , " swimming upstream " under severe adversity, I full of gossip , conspiracies, betrayals, accusations , wars , prisons, divisions and the most bloody and vicious , persecution ever seen against Christians, since the days of the Roman empire, in of a backward , rural, racist and semi-feudal society , like the United States , at the time.

If you want, just remove the title of "prophet" ... If you wish, discard , it has received " divine revelations " ...

If you are not happy , stay with all the gossip and stories that have been woven on his person.

But without any doubt , we are in presence of a hero , genius, nobleman , lit , extraordinary, off the charts, ahead of his time , as evidenced by their fruits.

There are other great details and facts , inspired by this great man , like the Titanic , founding of the State of Utah and Mormonism consolidation rule , implemented by his successor, Brigham Young, that merit separate issue .
Publicado por Manuel Miranda en 10:51 AM No comments: Enlaces a esta entrada