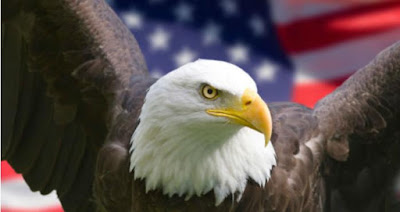 
Russia is currently enjoying the effects of an inner realignment and in the process recovering the influence of the former Soviet Union, thereby strengthening the country’s “Nation-Branding” for World Cup 2018. Wikipedia defines Nation Branding as a concept that aims to measure “the application of corporate marketing concepts and techniques to countries, in the interests of enhancing their reputation in international relations.”

Many nations aim to improve their country's standing, as the image and reputation of a nation can dramatically influence its economic vitality. They seek to attract tourism and investment capital, increase exports, attract a talented and creative workforce, and enhance their cultural and political influence in the world. Different ways that nations project their nation brand include export, foreign direct investment,tourism as well as their NGO’s. The Brand of the Union of Socialist Soviet Republics, (USSR) reached that distinction and distinguished itself as being one of HIGH “quality” or top-shelf value.

This occurred after it’s triumph during World War 2 over Nazi Germany, they then became a global power, earning itself a place at the United Nations Security Council (UN) alongside the other permanent members, France, UK, USA and China. This new status, was then consolidated with important infrastructure works, achieving strategic souverainetéalimentaireto feed it’s massive and growing population, as well as energy independence which allowed it to not have to be dependent on any other country, earning it the admiration of the world.

All of this made the USSR worthy of being the organizer of the 1980 Moscow Olympics, these were a resounding success, in spite of the boycott of certain invidious and jealous countries. Afterwards the decay and passing of the USSR on December 25, 1991 brought about in tandem the loss of the Nation Branding effort that the Russians enjoyed and their social stability. The Russian Federation, is now the successor state, or the “heir” to the USSR, but it assumed it’s inheritance in calamitous circumstances, these blemished and marred it’s economy, it’s territory and pride.

Russia then undergoes a long and painful transition burdened with diverse political conflicts, amongst these the attempted coup of 1993, the bloody Chechnya war, these things further cast down Russian prestige, constantly losing influence everywhere in the world. Ever since the aforementioned Olympics until recently, 30 years go by with the Russians seemingly unable to show any achievements to the world. This all appeared to change with the rise of Vladimir Putin in 1999, to the position of Chief Executive of Russia. Putin is able to pacify, stabilize and then relaunch Russia and it’s new Nation Brand. He ends the Chechnya War with victory for Russia. He consolidates territory in the vastness of the country, checking multiple separatist movements. Internal social peace is achieved. Crime is brought under control. The fostering of free enterprise takes place. The restructuring of the Russian Oil and Gas industry, turning Russia once again into a world leader in the field. The implementation of democracy by way of free elections, these are held without traumatic events or delays. At the same time old alliances with former USSR friendly countries are re-established. This prowess has achieved that the Russian Brand would once again be taken seriously for the celebration of the Olympic Winter Games in Sochi 2014, TAKING PLACE 34 YEARS AFTER MOSCOW 1980!!!! The difference was that there were no boycotts, all of this being a success in splendor, organization and security for all the attendees.

The Russian “Brand” is consolidating itself with WORLD CUP 2018, which appears set to become a resounding success, the stadiums and related infrastructure to the event are ready to go. This has put in evidence that the Russians have recovered their ability in being a World Class Power in the economic and diplomatic sense, able to timely set, stage and execute events of this high level of magnitude and prestige. So Russia is back and it’s about time that the realignment has nearly come full circle at least in our eyes.

The USA is also in a state of realignment. 9 and half years ago a man named Barak Obama promised Americans Change, a new realignment. He promised to Re-Brand America after the disastrous Bush Dynasty years. Then came another man who didn’t like this kind of change or realignment, this man is called; Donald Trump. Trump decided to smash and demolish the current Nation Branding that the USA had under Obama. Instead of Leading from Behind as some type of anomalous or atypical figure.

Trump decided to step directly into the lime light, then boisterously and loudly declare that he would MAKE AMERICA GREAT AGAIN. This involved turning back the clock to the so-called All-American virtues of Truth, Justice and the American way, so some might say. Traditionalism and once established norms would be focused on again, like Christianity, Family Values, Closed Borders and the scariest one of all; Nationalism were about to make a big comeback. Doing so would collide head on with the Globalist Cabal that viewed Traditional All American Values as aberrant and toxic. The Left that had held sway in an almost unchallenged fashion for so long on both sides of the Atlantic was now to face it’s greatest foe.

Trump, a White Straight Christian Male, who owed his success to nobody but himself and is beholden to no one. This man who they called undisciplined and bandied about all other types of epithets to morally impeach him, has already built a global real estate empire and reared half a dozen seemingly well adjusted children. He has a stable marriage and all of his former wives speak highly of him (which many a man knows is quite difficult even from one to do), notwithstanding the current spouse who has had to nobly and stoically endure a formidable array of harassments and insults from the so-called “Tolerant Left” and it’s legion of mad cap acolytes, who spare no time in speaking ill of her.

The now known excesses of the Left and the so-called Liberal, Pseudo Progressive Establishment that it has imposed on it’s own population and pushed on the rest of the world has caused a national reaction which was begging for a realignment with the election of Mr. Trump. Trump is now the Champion of that mass of the population that made known their desire for a realignment at the ballot box just as a sizable portion of Russians clamored for a Putin who has now Made Russia Great Again.

Trump, was always a political centrist moderate with a slight conservative bent, much like most of the USA population & was horrified at the 8 years of the Uber Leftist Obama regime. Ironically he also was once a registered Democrat and a close friend of the Clintons. They even attended his wedding to the now much suffering Melania. Yet as mentioned, even he, Trump was aghast at the changes taking place in the country of his birth, he like many found the tyranny of the left intolerable.

Even the now tarnished Actor Comedian Roseanne Barr stated, that the left had gone to far. Due to this there is a true social fermentation that this writer has observed and dares to declare that a revolt against the so-called Liberal Order is now taking place. A Liberal Order that according to Argentine thinker, Nicholas Marquez, has become an Authoritarian Pseudo Progressive framework that reigns in the West, that rages against traditional values, is bent on rendering asunder the foundations of the true heritage of Western Civilization. Whether they be Freedom of Speech and the Traditional Family by way of attacking the so called Patriarchy and promoting the abolishment of Genders, it all has a bullseye on it.

A violent and dangerous extremism on the Left has arisen, which is just as dangerous as the one on the Right as stated by modern day Philosopher and Clinical Psychologist, Dr. Jordan Peterson and exhibited itself at Stanford University in Berkley California, ironically the birthplace of the modern concept of freedom of speech. Some of the reasons why this revolt is taking place are; The Obama establishment taking political correctness to new levels, where people were even afraid to speak their mind anymore, as witnessed by this writer on many an occasion. Hollywood Hysteria and the rise of a so-called Resistance.

Who can forget the constant assault on the “White Straight Male” that went on unabated until very recently? The balance of Don’t Ask, Don’t Tell was abolished. Christians and conservatives constantly harassed. Race relations becoming worse and worse, giving rise to Black Lives Matter. Stealth persecution of Christians and their organizations, exemplified by Obama’s “Clutching to Bibles and Guns” comment and the IRS’s actions against them. The increase of the powers of the new un-official inquisitor or the state, The Southern Poverty Law Center, who will label anyone they disagree with as a “Hate” group. The Leaders of the Democratic Party were becoming a class of people above the law, as portrayed when presidential candidate Hilary Clinton was able to maneuver the Department of Justice from indicting her for bribery and conspiracy when it was discovered she improperly handled classified top secret information and large donations made to the Clinton Foundation.

Huma Abedine and other Clinton aides were granted immunity of all sorts while many of Trumps associates are indicted and harassed. This all displays the rot that took hold of the system during the 8 years of Obama and the urgent need for a realignment to take place. The Nation Branding of the USA indeed took a severe beating during the Obama years in spite of the gloss and shine portrayed by the Fake News Media. Yet Trump is aggressively changing that National Brand of the USA back to what he defines AS GREAT AGAIN. That is his ideology, this is now the BRAND.

In our following articles we will further analyze how the USA is currently REBRANDING itself in the Era of Trump and how in spite of the constant hysteria the change is a healthy and much needed realignment of the social forces in the country. Fernando Antonio Martinez Arauxo is Professional Court Interpreter in Miami, South Florida and Independent News Analyst. Manuel Miranda was born in Dominican Republic. Lawyer, political scientist, theologian, blogger. With many years of experience, in the administration of justice, and militating in the Dominican political organizations. He has been a student leader, presiding over the Law Students Association; Trade union leader, at the head of the Alguaciles Association. Political and legal analyst, in media such as Radio Merengue 1210 AM, and Tele Nord Canal 10. Currently, he works as a consultant and blogger, of notable influence, resident between Santo Domingo and Venezuela. Author: Fernando Antonio Martinez Arauxo
Publicado por Manuel Miranda en 8:56 AM