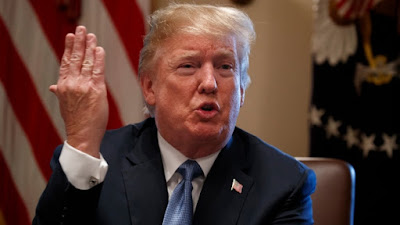 Professional sports are the new battleground regarding the simmering culture war in the USA.

The old establishment is assembling all of it’s available assets to combat POTUS Donald Trump and the new conservative movement he heads and now with what are they proceeding? Why with what else? Professional Sports, friends!!

First it was the singular and unreal “protest act” carried out by various players at the beginning of the season for the NFL, in September 2017, these defiantly knelt while the National Anthem of the United States was being proudly played and the fans humbly stood in deference to their flag and then in shock observed this bizarre and unnecessary behavior by the players who alleged the official excuse as being the “mistreatment by police of African Americans”. Instead of respecting their fans, who paid good money to see them PLAY, these athletes decided to hijack what many hoped would be a time of unity to then spread their so called leftwing activism.

This was not the place and time to carry out these actions. These million dollar athletes decided to spit on the symbol of freedom to ironically protest for freedom.

Why? Because in spite of the fact that their act is covered by freedom of speech laws. Their freedom of expression is not what’s at stake. What is at stake is respect for the paying fans and their values. The players are employees getting paid to play sports, not activists. However we will further cover this below. Roger Goodell, the Commissioner for the NFL, gave cover to the “protests”, by stating that Donald Trump was the one being disrespectful in the face of this behavior by the players.

POTUS Trump had called out these players. He saw them for what they were, pseudo leftwing agitators. He challenged the owners to put a stop to this. He felt the pulse of public, of that silent moderate majority who stood in opposition to the owners and wanted athletes who played the game and not fake leftwing agitators spoiling the mood. Roger Goodell and his lot were showing that the establishment was providing aid and comfort to this fake “uprising” from over privileged and overpaid players.

Yet the POTUS was gearing up for the fight and his comments in rallies across the country reflected that. The establishment for it’s part attempting to demonstrate it’s bona fides as members of the neoliberal globalist elite, went ahead and double downed, so in a show of so-called solidarity these protests were then extended to the Women’s Football League and the Women’s NBA, now both genders were in on it (oops, sorry the lefties want a genderless society) both HUMANS were in on it, better (not really)? Later on in October, these protests take place again, this time forcing VP Pence to leave the field, this was a calculated shot across the bow against the recently elected administration, if we recall their was no honeymoon period. Yet VP Pence’s silently graceful and measured noble action continued to set the pace with regards to the government’s response to the fake uprising.


Patriotic fans everywhere took note concerning what had to be done, ticket sales and attendance began to decrease, impacting them, the owners where it hurt them the most. They the owners began to lose money, initial signs of panic setting in. The hits just kept on coming, so the war was on like Donkey Kong. The bizarre protests continued spreading like a disease with the behavior of Jose Altuve, a baseball player with the Houston Astros, when that team was welcomed to the White House, this happened upon obtaining the title for the World Series in March of this year. Altuve’s face was full of irrational rage and seething bile against the POTUS, why? Who knows, who can read the mind of a man with the face of a maniac? This person was invited to attend a very important event at the White House, celebrating his team’s well earned victory, yet instead displayed disdain and obvious contempt for the host, the POTUS, while trying to send some type of crap message. Very disrespectful and poor show on Altuve’s part, yet the lefties jump up and down applauding like monkeys at the sight of such uncivil behavior, calling it then right and proper. Closing with a bow, there were also the silly doubts expressed by Stephen Curry, of the Golden State Warriors with regards to if he would or would not show up at the White House if his team became champs (they did win).

This nonsense, which resulted in the rightful withdrawal of any invitation as a result of the statement also coming from King James, that NONE of the teams who were disputing the championship would be present at the reception. The White House swiftly counter attacked and as we said withdrew the offer, which is a great shame in and of itself due to the actions of these immature children in adult form, the fans once again were the ones slapped in the face, since it would’ve been a great honor to share the moment with the nation’s commander in chief, burying their own individual interests and demonstrating that they indeed put unity and the country first, instead they continued to foster division. All of these shenanigans are simply another chapter in the continuous tit for tat between POTUS Trump and the old establishment or the culture war, as we will now continue to explain: Professional Sports is just another business. One thing though is amateur sports and quite another is professional sports. The first is in the hands of the state by way of an Olympic Committee or Sports Council, whichever may be the case, their writ and mandate is to provide recreation and grant incentives towards the playing of sports and related activities. While the second one is in the hands of businessmen, these set up teams, leagues and championships with the purpose of making a profit, nothing wrong with that. This profit seeking in the world of pro sports translates into ticket sales, t-shirts, souvenirs, advertising contracts, franchising, commercials in the stadiums, transmission rights, even the pimping out of the players whom are used for promotional products or causes and then can even be traded for million dollar amounts to other teams.

Pro-Sports are an industry that generates hundreds of millions of dollars for all involved, jobs direct and indirect. It’s relative importance is not in doubt, it’s portrayed as the source of entertainment for the everyman, who are usually quite patriotic, yet politically moderate with whom the owners are way out of touch. The owners therefore try to gain some legitimacy by jumping on the authoritarian lefts bandwagon, yet by doing so they hurt their relationship with moderate middle america who by and large are their customers. In the case of the USA in order to regulate the operations of these big business enterprises, there have been commissioners established who are mere bureaucrats or managers elected by the owners of the business.

Each professional player, be they football, basketball, baseball, etc are not considered athletes or sportsmen, they are legally considered to be an EMPLOYEE, a worker. As mere employee’s, they must follow the orders and dictats of their employers, these have set the rules and conditions, which can be many. So the sports professional must follow them with regards to; Advertising, goods and services (the owner of the team gets his cut, of course), medication, food that can or cannot be consumed publicly, broadcasters with whom he can or not appear with and logically what he can or cannot utter at any given time and standards of behavior. We reiterate: A pro-athlete is an EMPLOYEE, merchandise.

He or she is a managed good, to be disposed of as wished by the owner. So what do you do when your employer asks you to do something? You do it. With regards to the fake uprising, qui bono? The establishment uses the pro-sports for their own ends and if necessary will weaponize it as such if possible. However the majority of the American people are opposed to the elites of the Establishment using their game for their pseudo progressive methods. Some of the protestors indeed do have noble ideals and their is a concern due to some element of police brutality out there, that one would have to be blind to say that they do not take place. However neo-marxist movements like Black Lives Matter are simply pseudo left wing agitators that are all part of the same group that wishes to impose the authoritarian liberal model upon Americans that exists in Venezuela, Cuba and parts of Asia, however noble they may appear these groups longterm goals are the disruption and destruction of the current, heavily under siege classical democratic order. Ironically the owners of the teams allow and in many cases compel their players, once again their employees to proceed with the pseudo uprising to decry the feelings of oppression they claim they experience.

However this is all an attack on POTUS Trump and the MAGA movement that is developing all over the country. We the writers of this article ask what kind of oppression do million dollar players experience? The fans, the moderate majority can see right through this charade that is brought about by the establishment in the form of the globalist owners and their dupes the players. At the time of this writing POTUS Trump has nullified the uprising and has won this current battle. The owners have been brought to heel and the players neutralized. The CinC Donald Trump is constantly underestimated and despite the fact that there were issues involving freedom of speech and civil rights, the marrow of the matter in this is once again we repeat, a front in the culture wars between out of control progressives and the new conservative movement that is being ushered in by Donald Trump. The fight for now is over, yet the war goes on.